It’s a new 1936 Chevy that my parents received as an engagement present! That business coupe had only one seat, but when our family outgrew it, Daddy created a perch out of the package panel and an old cushion that he pushed in through the trunk. So my brother and I rode sideways from the Kansas farm to my uncle and aunt’s wedding in North Dakota. I borrowed a match book from one of the motels, and when I lit a match along the way I burned my finger. Daddy said, “Somebody’s burning stubble around here.”

That car served our family well, but it also performed all the duties of a farm truck. That’s why it took on the aroma of freshly-ground cattle feed. After he filled up the trunk and the interior with feed bags, Daddy would stack more bags on the front fenders. The headlights kept the bags from falling off in case of a sudden stop.

Everything changed on the day when Daddy drove onto the farm in a brand new 1948 International farm truck. Memories wash over me when I think of that truck. I catch a whiff of fresh maroon paint. Between my bare toes I feel the squish of a truck load of newly-harvested wheat. I taste the wheat kernels that turned into chewing gum.

When my brother and I rode on the 16’ flat bed we sat safely behind the cab. But when our family drove the five miles to church in town, we all crowded into the cab of the International. The truck was too big for the church parking lot, so we parallel-parked down the street by the hospital.

In those days we figured out how to make things work, even if it meant using the car as a truck or using the truck as a car. 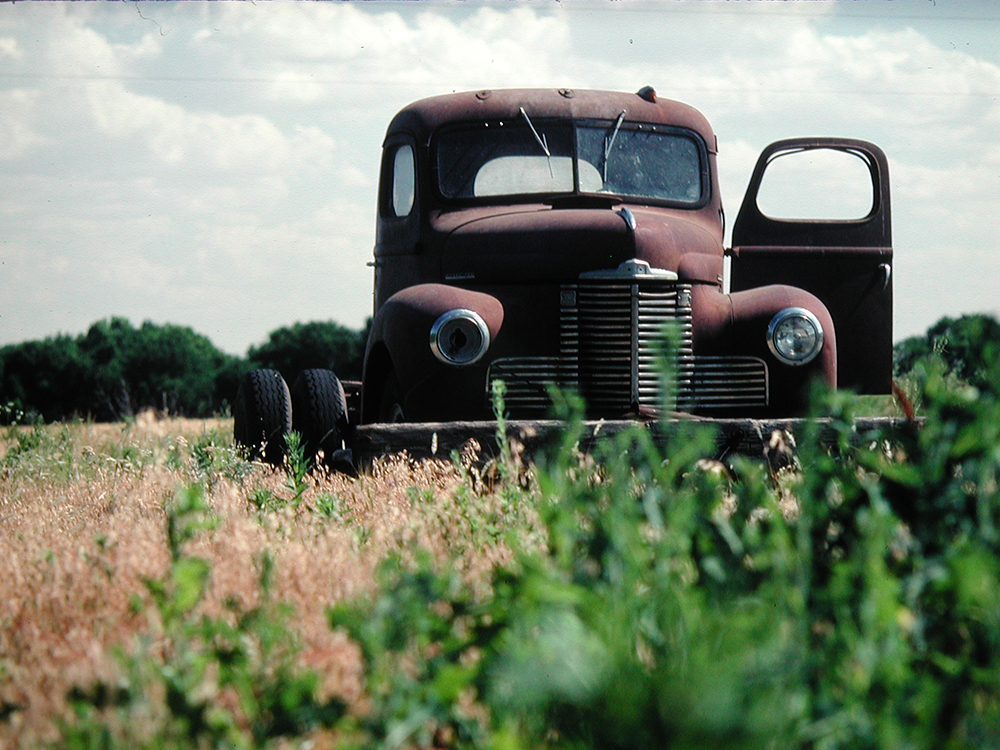 Fifty Years Ago at This Moment 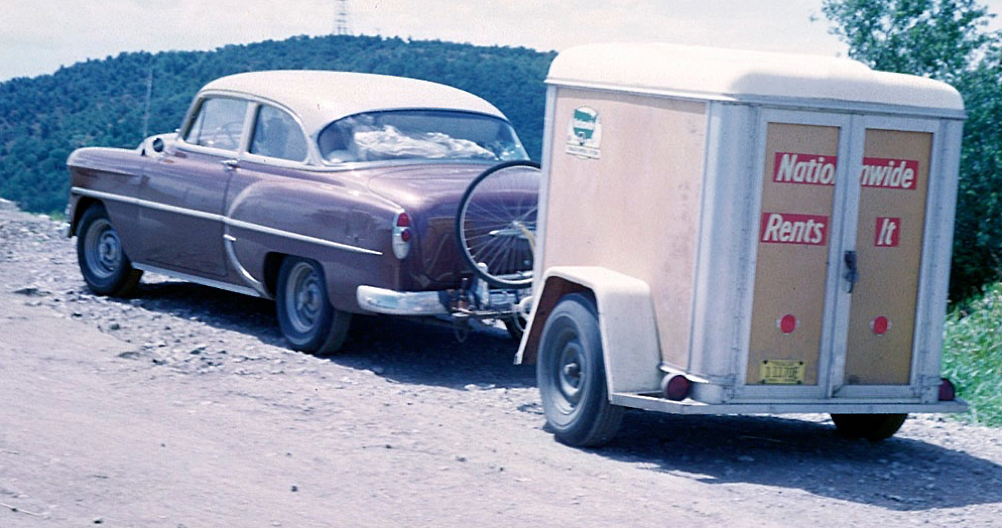 Fifty years ago today at 3:30pm CDT, Jan and I arrived in Dallas, not even knowing where to find Dallas Seminary. We took a wild guess, hung a left on Commerce Street, and ended up 2 blocks from Swiss Avenue.

We met Joel Andrus, second year student, on the steps of Mosher Library. He graciously took us home for supper, and we probably gave Joel and Donna our hacking cough.

Stayed 2 or 3 nights at the Lawnview Motel on Thornton Fwy (sign is still there, $6/couple at that time), and found hair in the bed. Rented #306 in the Gaylord Apartments for $45 plus $12/month for electricity to run our window unit which we bought for $40 from Millionaire on Ross.

Tuition was $10/hr, and we got down to our last $10 before Jan got her Texas Cosmetologist’s license.

We are so grateful for God’s hand in bringing us here to DTS. It changed our lives. And that’s what I want to tell new students at Dallas Theological Seminary.

The Most Exciting Sound in the World

I disagree with George Bailey. It’s not anchor chains, plane motors or train whistles. Even Uncle Billy got it wrong. It’s not “breakfast is served,” “lunch is served,” or “dinner is served.”

No, “the most exciting sound in the world” is a screen door.

Not a combination door with an automatic closer, but an old wooden screen door with a metal spring that goes “skritch skritch stretch” when it opens, and “wham” when it slams.

It’ll take you back. Back to your youth. Even back to your childhood when you lived in the country. With only a screen door standing between you and a carefree morning in the woods with your brother or your friends.

So when I built an art studio in my back yard, it had to have a screen door. To keep the mosquitos and flies out, of course; to prevent the cats from pooping in the dirt of my dioramas; but mostly so I could slam it.

The house number on my screen door  is 6708, and it’s painted an old 1950’s pink. I got my screen door from the architectural salvage store. Maybe some day somebody will come to visit, and they’ll say, “Hey, I grew up at 6708 Such and Such a street. Our screen door was pink.” Then they’ll open it and let it slam.

I’ll turn away politely and let them enjoy the fountain of youth again.

‘Nuther “Most Exciting Sound in the World”

I take that back. There’s not just one “most exciting sound in the world.” There are actually two, and if I think about it long enough I may come up with three.

The first one is the sound that an old-fashioned screen door makes when you slam it (see my earlier post).

The second, the sound of an in-line Chevy 6 engine with dual exhausts and glasspack mufflers.

In 1962 the engine of my ’53 Chevy needed help. The previous owner had beat the tar out of his dad’s low-mileage Two-Ten 2-door, and now it was time for me, the third owner, to fix it. 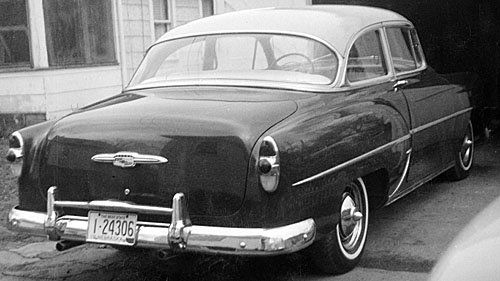 I wanted to listen to it one more time, and to preserve the sound for future generations. So I set up the Webcor tape recorder (reel to reel) and placed the microphone in my upstairs bedroom window.

In this recording you’ll hear me race down the stairs, run through the dining room and the kitchen, slam that wonderful screen door, then start the old warrior and rev it up.

You can call ’em anything you like: “duals,” “twins,” “pipes,” “twice pipes,” or just “those obnoxious neighbor kids raising heck again,” but the sound still reminds me of a WWII dive bomber.

Listen to this, and let it take you back to the day.

One More “Most Exciting Sound in the World”

I know. I know. I understand the comparative and superlative. Good, better, best, and all that. Not all of these sounds can be “the most exciting.” Humor me one more time.

Here’s another recording from 1962. I wanted to preserve the sound of my ’51 Chevy with its loud pipes (actually, one muffler was stock and the other was home-made). 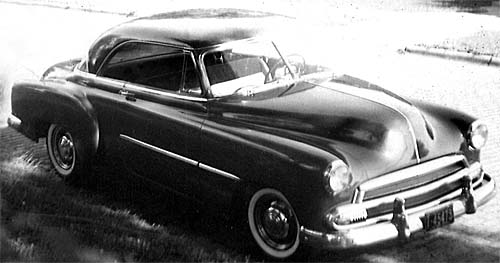 So I set up the Webcor tape recorder and put the microphone in my folks’ bedroom window. Then I did a drive-by.

Unbeknownst to me, Dad got on the mic and narrated. “Fifty-Four” was my brother Richard in his ’54 Chevy Powerglide, and Dad called me “Five-One.” Pretty corny.

For years I regretted that he had messed up my recording, but now I realize that hearing his voice again might be the “most exciting sound in the world.” Listen to this!